At Spiel we’ve met Rob Dougherty, he has told us everything that White Wizard Games does and had made us very enthusiastic about the deckbuilding games from Star Reals.
Star Realms: Frontiers is a card game from White Wizard Games, it’s a space deckbuilding game where you have to fight against your opponent. Reduce your opponent’s score to zero to win. 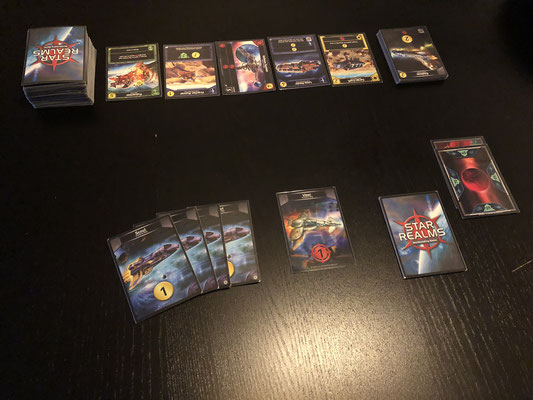 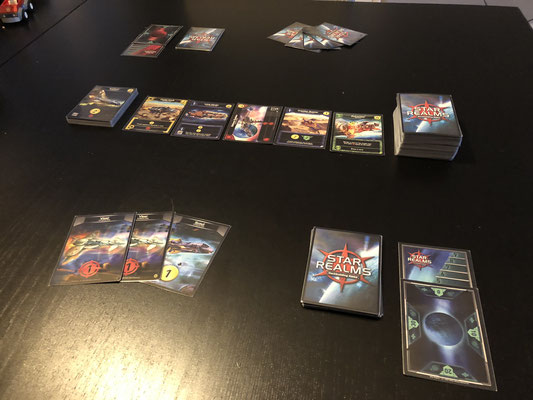 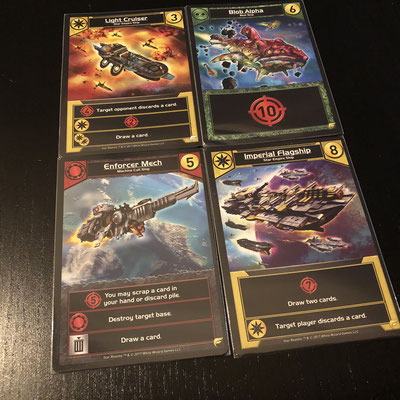 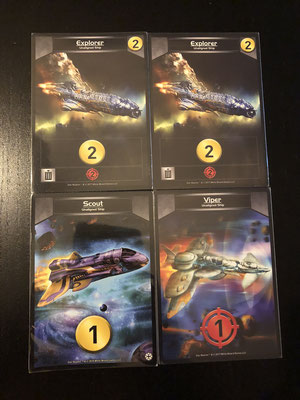 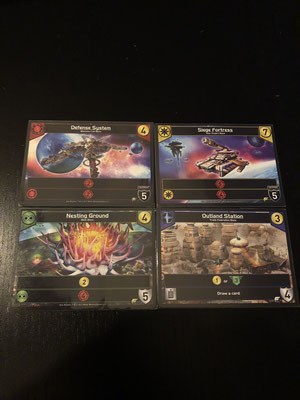 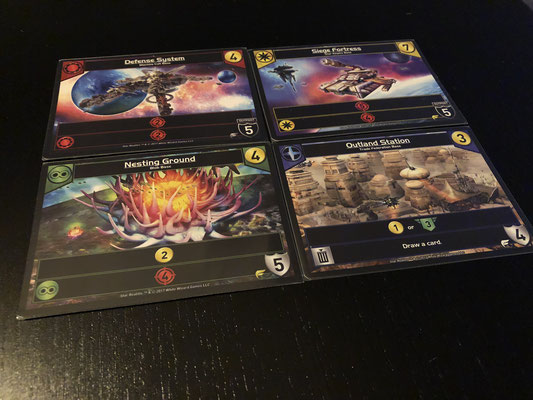 
Each player has the following phases; Main phase, discard phase and draw phase.

Decides who starts at first, that player draws 3 cards from his personal deck and the other player(s) draws 5 cards. Each player plays the cards in his hands, he doesn’t has to play all of his cards, for example when you don’t have the amount of money to buy a card from the market.
The options that you got in your turn are:
- buying cards from the market;
- buying an Explorer card;
- attacking you opponent;
- placing a base/ outpost;
- playing abilities that are show on your cards, for example scrap a cards from your hand to the scrap pile, combine faction cards and make an double or triple attack, heal yourself etc..

When the first player has taken all the actions he could take, he discards his cards to his personal discard pile and directly take 5 new cards to his hands. Then the next player take all the actions he can play with the 5 cards in his hand and chooses 1 or more of the options as shown above. This continues till one of the players has zero health.

If a player has bought one a card from the market then immediately replace it with a new cards. The market always got 5 cards open. . 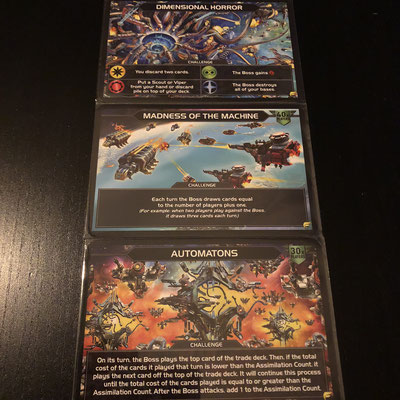 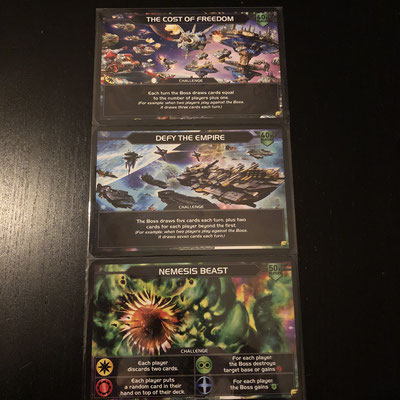 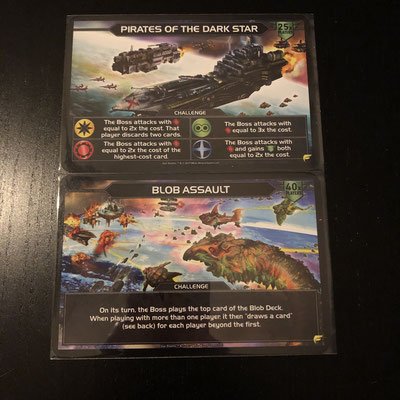 We’ve met Rob Dougherty during Spiel, in this interview he has already gave a lot of passion to his games. But it still was our first deck building game, we didn't had the idea that it would be this easy to get it out on the table and play it. Also because you can play it solo, after a couple of Solo games during my trip through Asia, I really enjoyed the game and how simple it is to lay it on the table and to play a good game.

Playing with an opponent is also very great, it’s simple to learn but a lot of fun to play with. Sometimes you can combine cards and attack your opponent with a lot of power or scare him with buying some nice cards. One of the best things in this deck building game, is that you can scrap cards so that you get rid of some bad cards. This is something that I really miss in other deck building games. Besides ‘just’ playing against an opponent, you can also choose to play with a challenge card. In this box there are 8 challenge cards that all has their own rules, read those rules to pick one of them, this is also the way to play solo.

One of the great thing is this game are also the graphics, those are also very nice and makes the game a lot better to play.