In Area 1851: Express, game where aliens (Krukians) have landed in the Wild West and want to trade technology with the locals (Natives &  Settlers). The game is played over 3 rounds, with each several turns. In each turn, a player will select one card from his hand of cards and place it down in front of them. When all the players have made their selection, you will reveal the cards simultaneously. At the end of the third round, the player with the most reputation points wins. This game looks a lot like Area 1851 the boardgame, a game from the same publisher. A game that’s on my wish list for quite some time.


This game is going live on Kickstarter at the 25th of March.

In this tiny box you’ll find a lot off components. The scrap cards can be used on both sides in the game:
108 Scrap Cards with really fun artwork;
6 Thing Cards;
5 Player reference mats;
60 Reputation tokens;
25 Effect tokens. 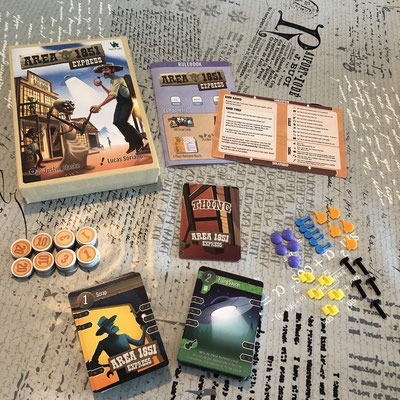 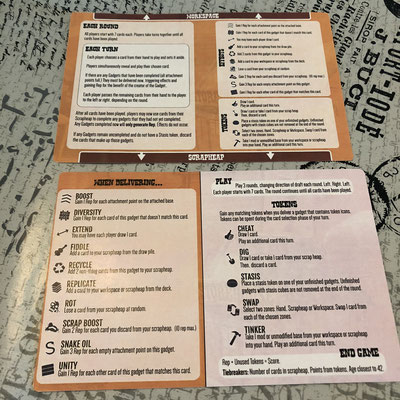 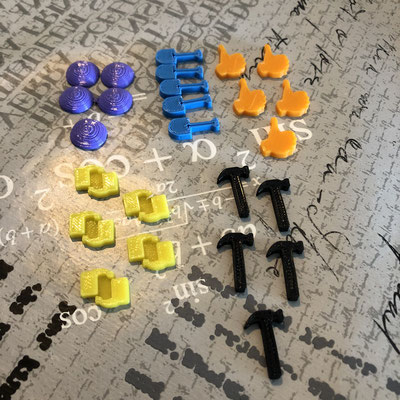 Each player receives a player mat and 7 Scrap cards. Shuffle the 7 Thing cards and place them on the table, next you’ll place the Reputation tokens and the Effect tokens so every player can reach them. And at last, you’ll place the Scrap card pile next to the Thing cards. Ready, set and start with the first round.

The first round starts by looking at you’re cards and choose one of the cards you want to play or use an Effect token. Place the card face down in front of you and wait till all the other players have done the same. When everyone is ready, all the players will show their cards simultaneously. You’ll continue until all the cards have been played, then this round will end. In round 1 and 3 you’ll pass the cards to the left, in round 2 you’ll pass the cards to the right.

At the end of a round, the cleanup will start. Any unfinished gadgets are scrapped from the players workspace and placed into their Scraphead. Any uncompleted Thing cards are placed into the Thing discard pile. Then the next round will start.

On your turn you got a few ways to play a card:

·       Start a new Gadget
Play the selected card faceup into your workspace to start a new gadget, players can have any number of gadgets (finished or unfinished) in their workspace

·       Attach scrap to a Gadget
You may play and Base or Mod cards faced down as a Scrap card to one of your gadgets, just be aware that these cards counts as 1 point when the gadget is delivered.

·       Take a thing card
You can discard on of your faced up cards into the discard pile and draw the top card of the Thing deck (if available), place this card directly into your workspace.

Besides playing cards, you can also play a token in the phase “Select Cards”. You can also receive Effects, some of them can be used directly or give you an Effect token. This Effect token can be used when delivering a gadget during  the “Delivering Gadgets” phase.

After three rounds, the player who has earned the highest Rep score wins. 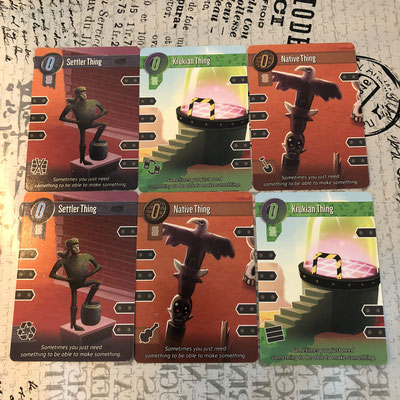 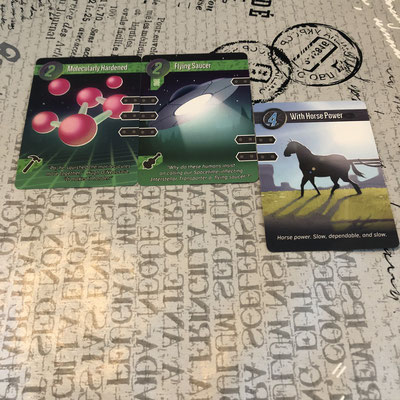 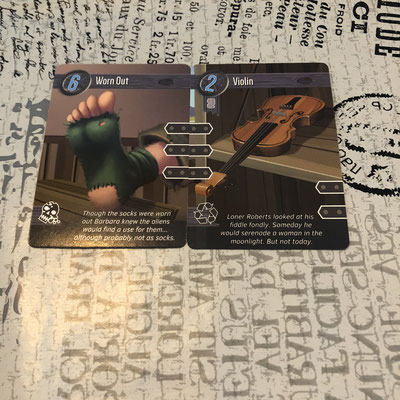 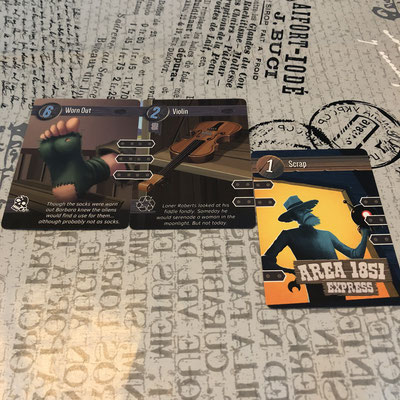 
I really like playing this game, it’s really fun but light game. Sometimes really hilarious with the combination that can be chosen. But for me it’s a bit too long for this type of light games, but I’m definitely are going to play it again, that’s for sure! I recommend to play it with minimum of 3 player, then it will be much more fun because in round 2 you’ll handover the cards to the right instead of the left.