11:59, Defcon 1 everyone is alert. We are on the edge of a nuclear war. Are you the president that saves lives and become victorious? Are you writing history or are you history?

Get the launch codes ready! It's 11:59 on the Doomsday Clock, you are the General that has to succeed trough diplomacy or with your nukes. You win either when you kill all your enemys or when you succesfully collect 5 (diplomacy) gems.

In this tiny but metal box you’ll find the following components: 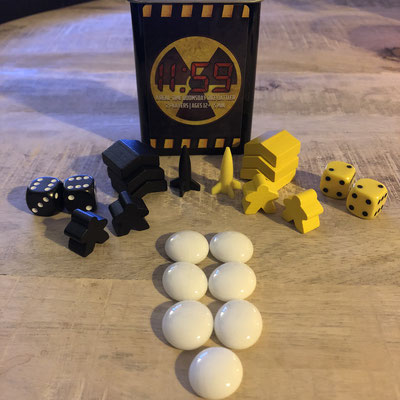 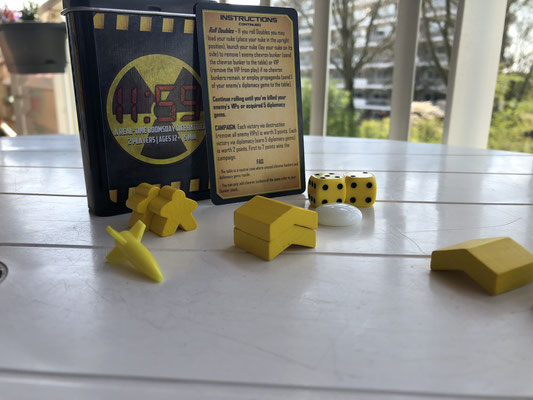 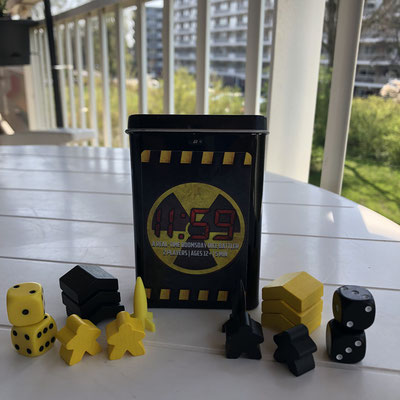 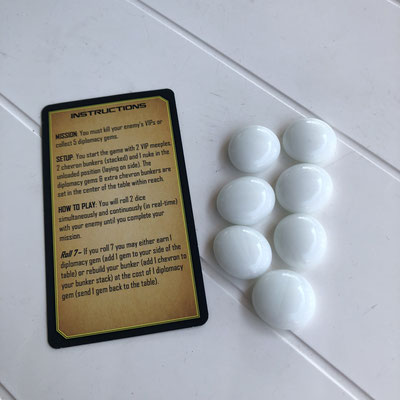 Each player start the game with 2 (VIP) meeples, 2 bunkers (stacked) and 1 nuke (just lay this on his side). When your nuke is on his side, it's unloaded.

The rest of the items, like the diplomacy gems and both bunkers are in the middle of the table. So both players can reach to them.

Gameplay:
Both players roll the 2 dice simultaneously and continuously.

When you roll 7, you can choose to

When you roll doubles, you can choose to 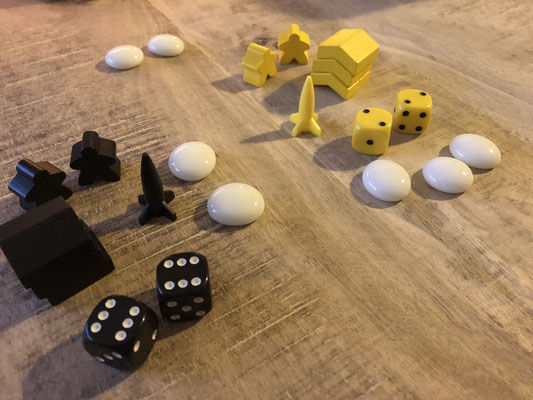 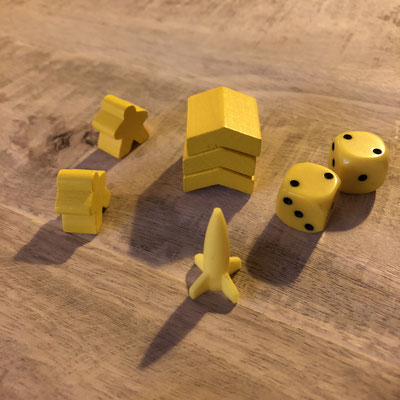 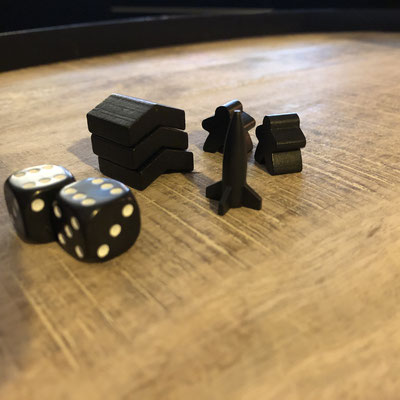 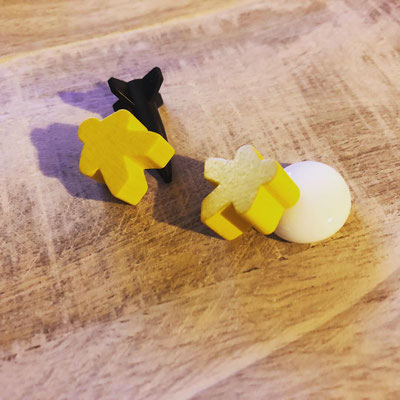 Sometimes I'm in the mood for a little game that can be played in a few minutes, for example between games or just warming up for starting a heavy weight game. I hadn't had problems with throwing 7, it only took me a while before I had a few doubles but that was also a funny thing. This game is one of those games that you can play quickly, in about a couple of minutes. The components and the metal box are nice and great quality, I only prefer a bit heavier dices.

This game hits Kickstarter in a couple days.