What is greater dream than creating a game with your son? Michael and Adeev Wohl did it, they created PSI Wars. PSI Wars isn’t a regular card game, they’ve created 3d cards! Those cards really looks amazing and I really love to play with those cards, they bring the game to live. They're campaign is now live on Kickstarter! Follow this link and help them to bring this project to your table: 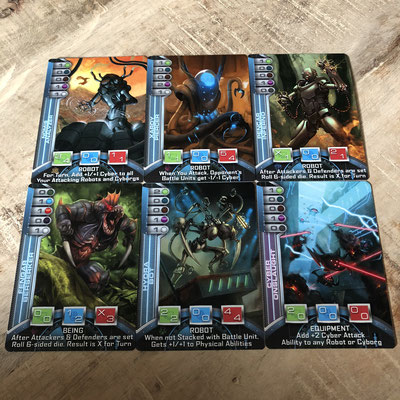 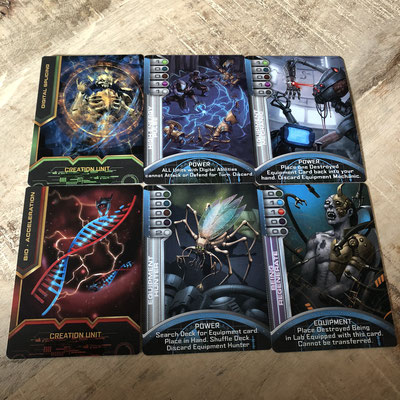 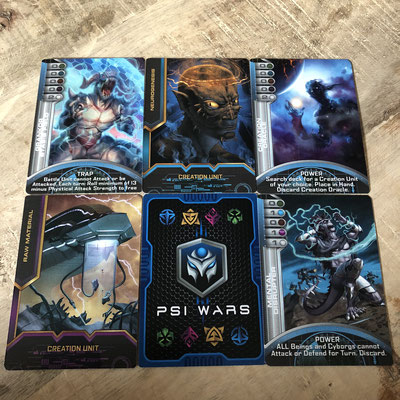 What’s in the box?
The box contains the following components 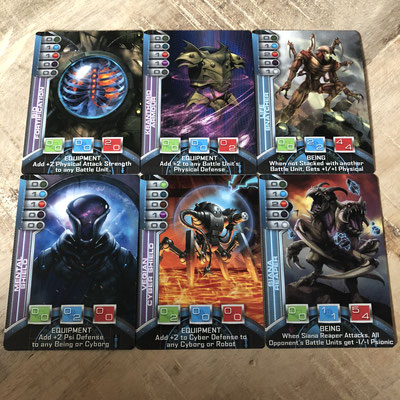 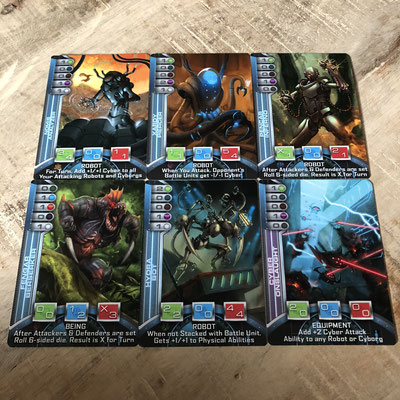 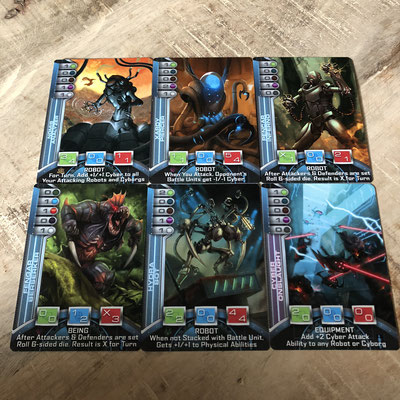 Each player searches their deck and places one of each of the four Creation Units in their lab. Each player then shuffles their deck and selects the top 8 cards for their beginning hand. Choose a player that begins at first, Each Player’s agreed upon number of Lab Hit Points. A range of 20-40 points is recommended, depending on amount of time Players wish to play.

The first player doesn’t draw a card at the first play on each other turn every player begins by drawing a card from the top of their deck.

There is one exception, the Power Hyper-Cards; As long as the required Creation Units are available to activate a Power Hyper-Card, a Power can be used when built, either during the Build Phase (such as a Creation Oracle or Equipment Hunter) or during the Battle Phase (Traps, Mental or Electro-Magnetic Disrupters, etc.).

At the end of the Build Phase, a player can make Rolls that free Battle Units from Traps.


How to create in your lab?
On the top left corner, there are 5 lights that are either on or off.  Next to the color, there’s also a number. That number indicates the number of Creation Unit cards necessary to activate the Hyper-Card to either create a Battle Unit or piece of Equipment in your lab, as well as enabling a Power.

Neurogenesis
The blue light indicates the number of Neurogenesis Creation Units necessary to activate this Hyper-Card.

Any Creation Unit Light
The white light indicates the necessary to build a Hyper-Card, any non-depleted (Creation Unit can be used.


End of Turn
At the end of each Turn, all the undestroyed Attacking and Defending Hyper-Cards that are engaged are now Depleted and cannot be used again until the beginning of a player’s turn.


End of Game
When a player’s Lab Hit Points reach zero, their lab is destroyed and you are the winner of PSI Wars.

PSI Wars is a whole new type of cardgame, they combined some of the nice things from other cardgames. They’ve done a nice job and created a very great new game! We really loved to play it, in the beginning we had some struggle to understood all the cards but after a quick round, we started playing it and we played it every game night since then.