“The world is just a little piece in the Universe”. Empty Space, a game from the family Collins. In this game you have to explore the universe with your Space Probe and Rocket and discover you Exoplanet. Pick up cards, play cards and discover the Universe. 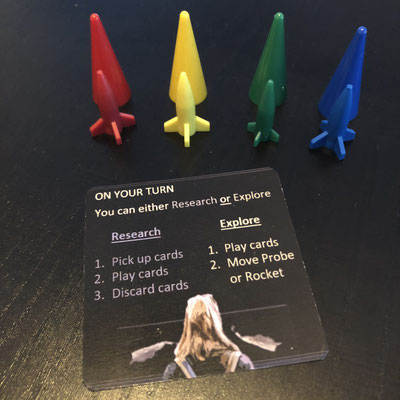 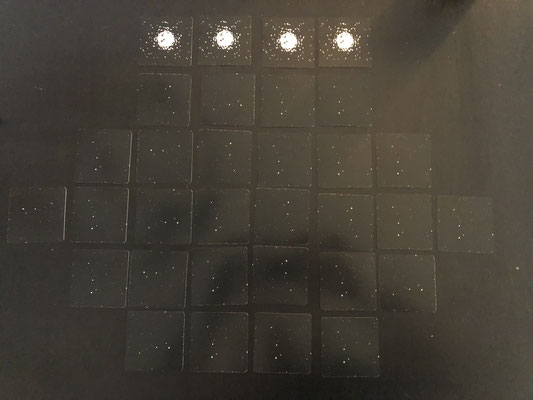 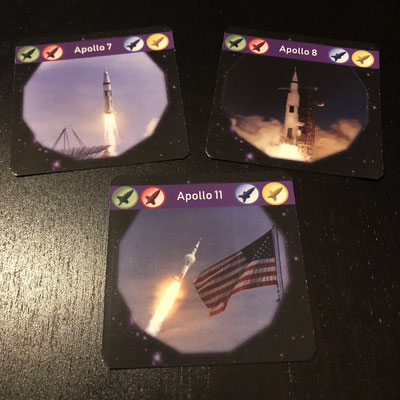 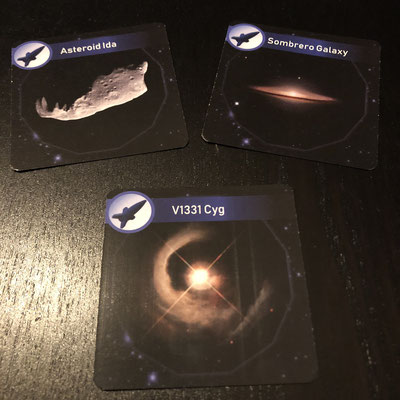 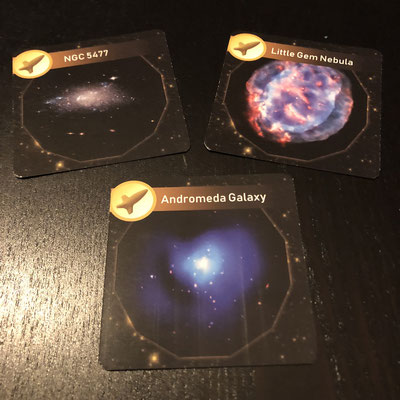 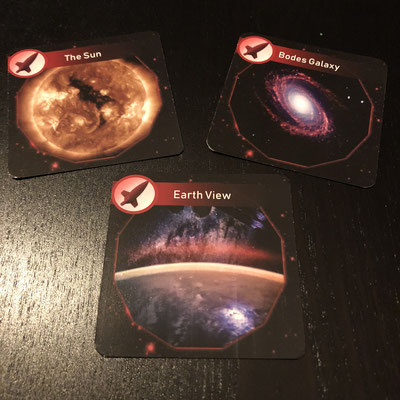 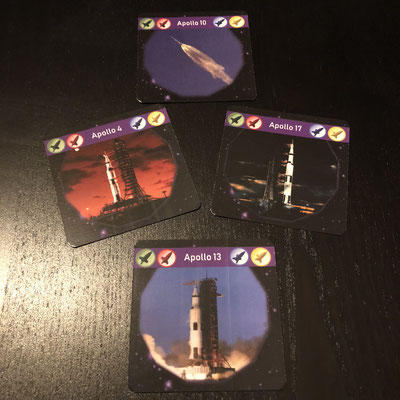 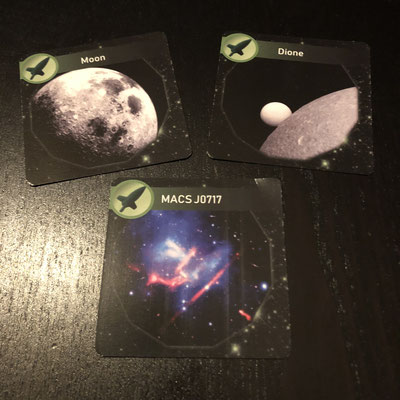 Then deal 4 cards to every player and the rest of the cards are the deck, then just take 2 cards from the deck and lay them open. Then every player just picks 2 cards and turn them open from the set up.

There are 2 actions you can choose, either Research or Explore.


Actions in Research are;

When you choose to Play cards  you can do the following actions;
- Buy a space probe or Rocket; trade in four cards of the same color to buy a space probe or space rocket. You can use your probe anytime. Be aware that you only can use the rocket when your probe has reached the  same color Exoplanet.
- Reveal the Universe; trade in 2 cards of different colors to take a personal peak at any unrevealed cards (except the Exoplanet cards!) or you can just flip the card over en reveal it to everyone.
- Change the Universe; trade in 3 cards of the same color to change to Universe. You can remove any revealed card and replace it with any card you want.
- Black Holes; these cards have to be played directly when you receive, you have to play theses card on top of any revealed card that hasn’t got a space craft on it.

Actions in Research are;


The goal is to reach your probe and your rocket as the first player to the Exoplanet of your color.

Solo mode; solo mode plays almost the same as with 2 to 4 players. But before the first turn, you have to turn over the cards in the first row. You’ll just play with rockets or with probs, choose the first color for starting. When this probe or rocket has reached his Exoplanet, then you can choose any other color. The game ends when you reached with every probe or rocket all the Exoplanets. 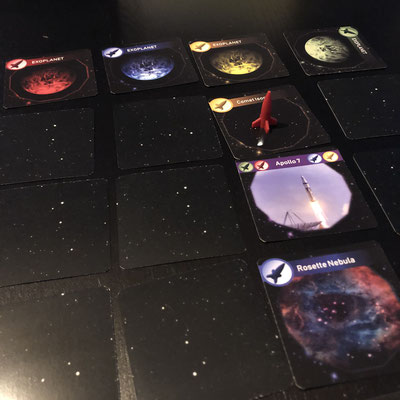 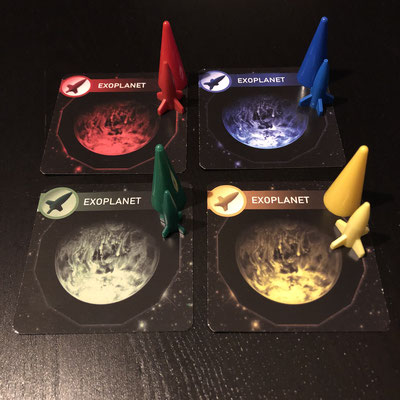 Empty Space is a great family game for kids and especially when they're interested in everything that's out there. But you can teach them also a bit history about Apollo 11 and the first moon landing. We really love to play this game, it’s not a difficult game to learn and play but a lot of fun. We had the most fun with choosing a setup of the game. I think my son really loves this game when he’s a bit older so I can teach him about the universe. The pictures are real pictures and in this Kickstarter they’ve added images of the Apollo rockets! So don’t miss this one!

Big thanks to Peter for let me preview this game! A little note; it's a preview so not everything is final!