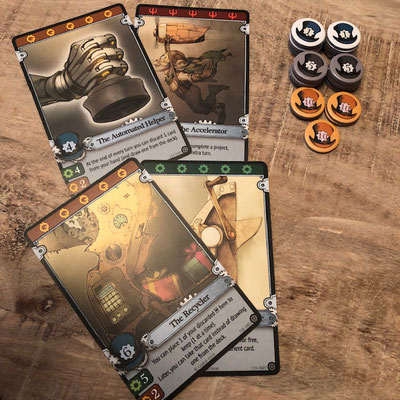 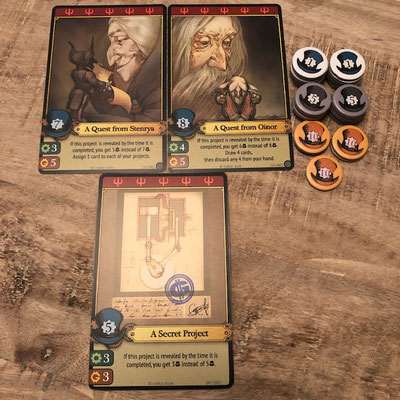 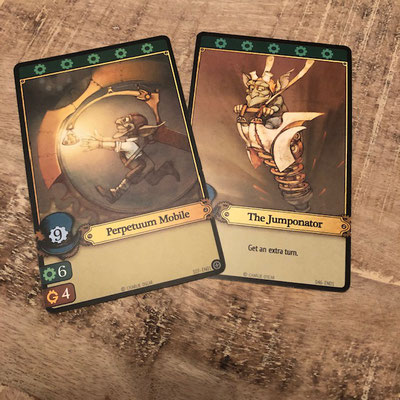 Gremlins Inc. is a cardgame for 2-6 players and no it has nothing related to the movie from 1984, but this time Gremlins are tiny creatures that live inside mechanisms. For example when a watch has malfunctions it’s probably due to gremlins. In this game you play a selfish corrupt gremlin where you have to complete your own projects but also disrupt projects from the other players. Last year they've released a Polish edition and now it's almost time for the rest of the world.

This project is going live at Kickstarter in almost a week.


A copy of the Polish edition

There are 3 type of resources.

On top of the card you can see the type of resource.

Shuffle the complete deck, then deal to each player 6 cards. Every player can discard a few cards and draw new cards till everyone player has 6 cards.

Every player got 2 actions, then every player draws again to have 6 cards in their hands. Sometimes a player can have a 3th action, then first the draw phase starts and after that the player can take his 3th action.

To complete a project, you need the amount of resources that you can see on the project card (left corner).

Actions:
Start a project; Place a project card face down, in front of you. Every player can have max 3 projects. Every project starts face down (unless it’s allowed).

Assign a resource; Place any cards face up behind the project to which you assign that resource, leaving only its resource indicator visible.

Play an action card; Pay the cards costs by discarding the required … from your projects under construction then place the action card face up on the table and follows its instructions. Afterwards discard he card


Cancel a project; Discard one of your projects with all assigned resources, you don’t receive any prestige points at this turn.


Finish your turn early; you are able to carry out just one action instead of 2. 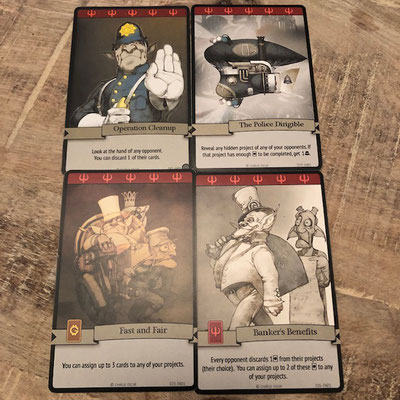 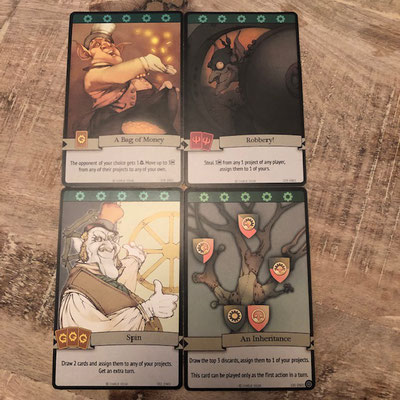 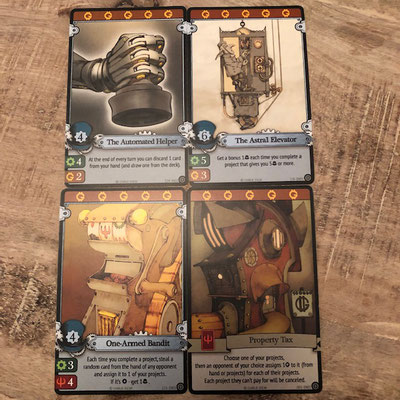 Gremlins Inc. is a pretty nice card game with nice graphics. When first playing this game and reading the rules we needed some time to understood everything. But after 2 games playing and reading a lot, we understood everything. It really is a nice game and when you choose to end the game after 10 prestige points, then it really is a quick game. We haven’t played longer points for more than 20 points because else it wouldn’t be that fun anymore (but that’s our opinion).
We really enjoyed it and we’re definitely going to play it more.


Thanks a lot to Przemek Kochowicz for letting me review Gremlins Inc.. A little note; it is a preview so not everything are final components!