Are you a fan of Star Trek? Then this is really a great card game for you! Don't wear a red suit, you'll survive it for a longer time when you step onto an alien planet.

Having joined the Red Suits, you and others dressed in potentially fatal fashion have formed Away Teams and are already beaming down to the Flat Planet. As Events are revealed that combine to create a mission timeline, it is now up to each of you to take Actions in the hope that you will be the one to land a Red Suit on the final Event. Do this and earn yourself a promotion out of the Red Suits and into a colour that's not only flattering... but also comes with a much higher life expectancy.

Or, you could be the only Red Suit left alive, as the planet is fraught with potentially deadly Attacks. You don't want to be going home in carbonite, do you? Then you'd better keep a Teleport close at hand. Congratulations on becoming a Red Suit - it's a job for life!

NOTE: all the components you see are prototype!

This Communicator (flip flop) box, with a cool sound when you open it, got the following cards:

Each player start with a team of 3 Red Suits, with all the players you decide the timeline for this game. That could be 10, 15 or 20 events, and then you'll shuffle the deck. The deck contains Event, Action and Attack cards.
Each player takes in turn to place events into the timeline, complete events using the corresponding action or keep their team alive using the actions from their hand.


To end your turn, you take a card from the draw pile. This could mean that you receive an event that you can place directly and continue the timeline, reveal an action and add it your hand or find an attack card and lose a Red Suit.

Be careful!! If you lose all of your Red Suits, you are out of this game! 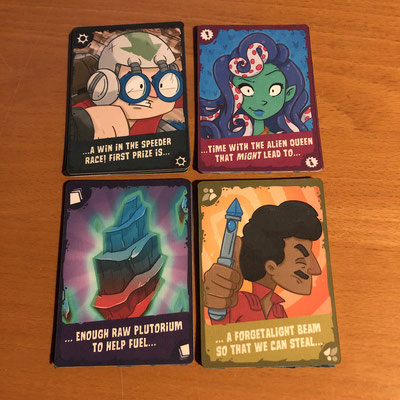 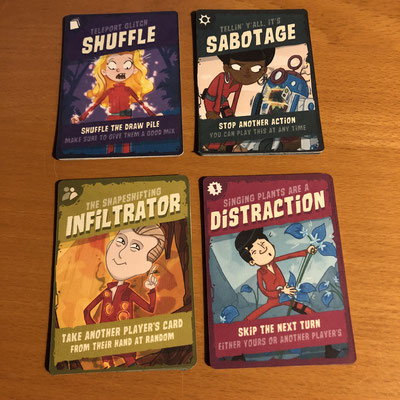 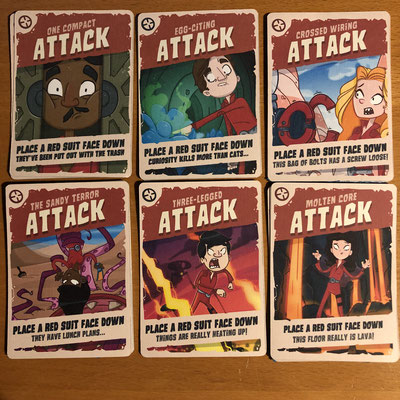 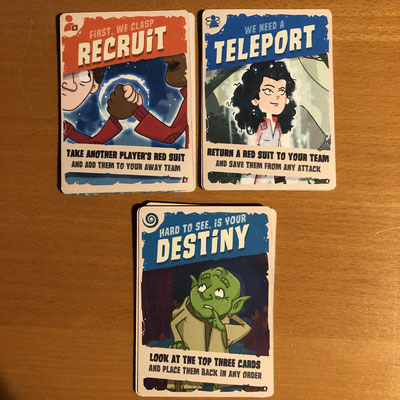 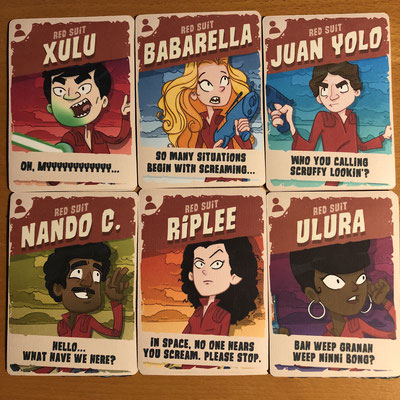 To win the game you have to be the first to lay a Red Suit on the final event card on the timeline. When you are the player with the first Red Suit down, then you grab the Communicator and call for a beam up. It's your time to escape from Flat Earth.

The game itself looks pretty cool, it's a nice box (communicator), cool graphics and besides their's a spin off to Star Trek you can also play this game if you don't like Star Trek. Sometimes the end can come up quickly, but that's also a fun part of the game. Definitely, if you want to be the first to put his Red Suit card on the last event card. This is a great game to start your game night! My final words: "Beam me up Kristian, I need to play this game and survive Flat Earth".

Thanks to Kristian Fosh to give me the opportunity to let me review his game! Go and check out his Kickstarter campaign !