Scythe, is one of my most favorite games. I continue to really enjoy putting this game on the table and therefore have almost every expansion. The first time I heard that there was a new board which you can also customize I was sceptical. Is it really an added value and is it worth the money, between €20 and €25? Well I can already tell you, it is all worth it! But please read on :).

First we are going to choose one of the two sides of the board. The difference is mainly in how the board is constructed. After you've picked a side then you place the hex tiles in the appropriate places on the board. When a hex has a lake adjacent to a home base, then just flip it over to the other side.

After setting up the new game board, the normal setup follows. These bonus tiles, which comes with this expansion must be shuffled into the original tiles. You can play with them with each Scythe game, not just with the Modular board. 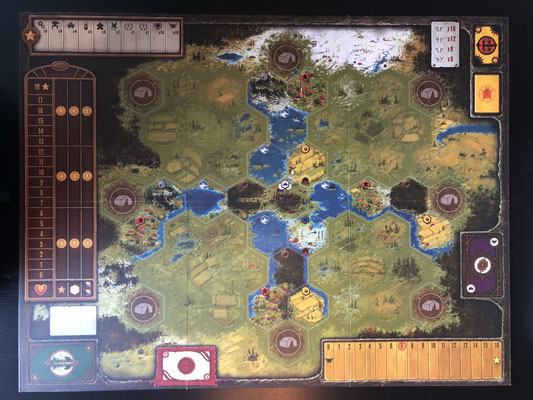 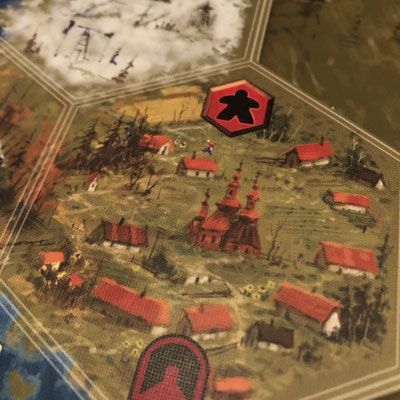 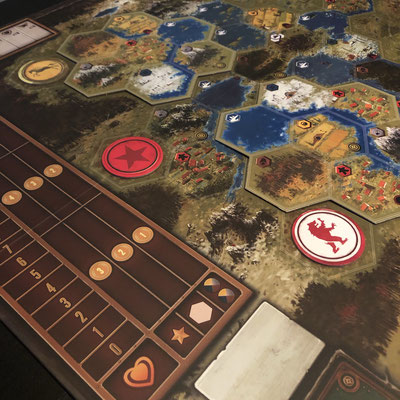 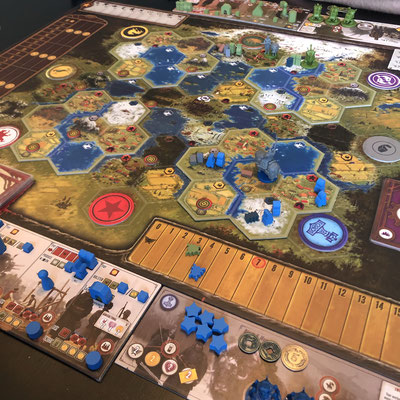 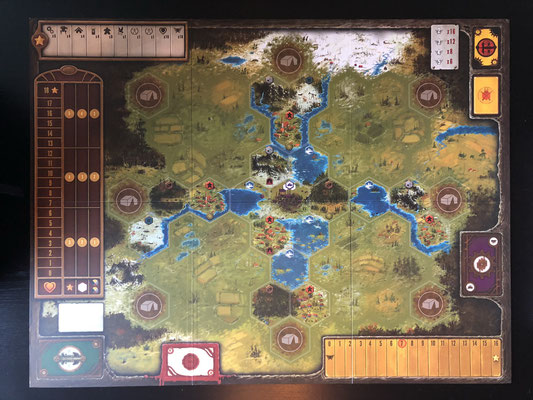 
Overall impression
Well I’m going to be short at first, I love it! Yeah I can tell you why, it’s really a great new board of one of my favourite games. I liked it this much because it really changes the game. Normally you choose one of the factions where you actually already know where you start on the board. With this expansion, you don't know and it's also a surprise where your home base is. But you also know in advance where you can cross and where not, but because your starting location is different every time you have to look carefully again.

It is also very nice that a large stack of new bonus tiles can be added to the game, so you can also vary with that. We ourselves have only started with these tiles for now, but we are going to mix them with the other tiles soon.

In addition, the layout of the board looks different again. We really had the idea that we were playing Scythe again for the first time, but without the long explanation ;-).

Is it only positive? No, not completely. That is mainly because the 4 hexes are separate on the board, so you have to be very careful when moving large groups of Mechs (possibly with workers) to prevent that one of the loose hexes also moves. Is this a big issue? I don't think so myself but I needed to mention it.

I want to thank Stonemaier Games for letting me review this expansion for Scythe!